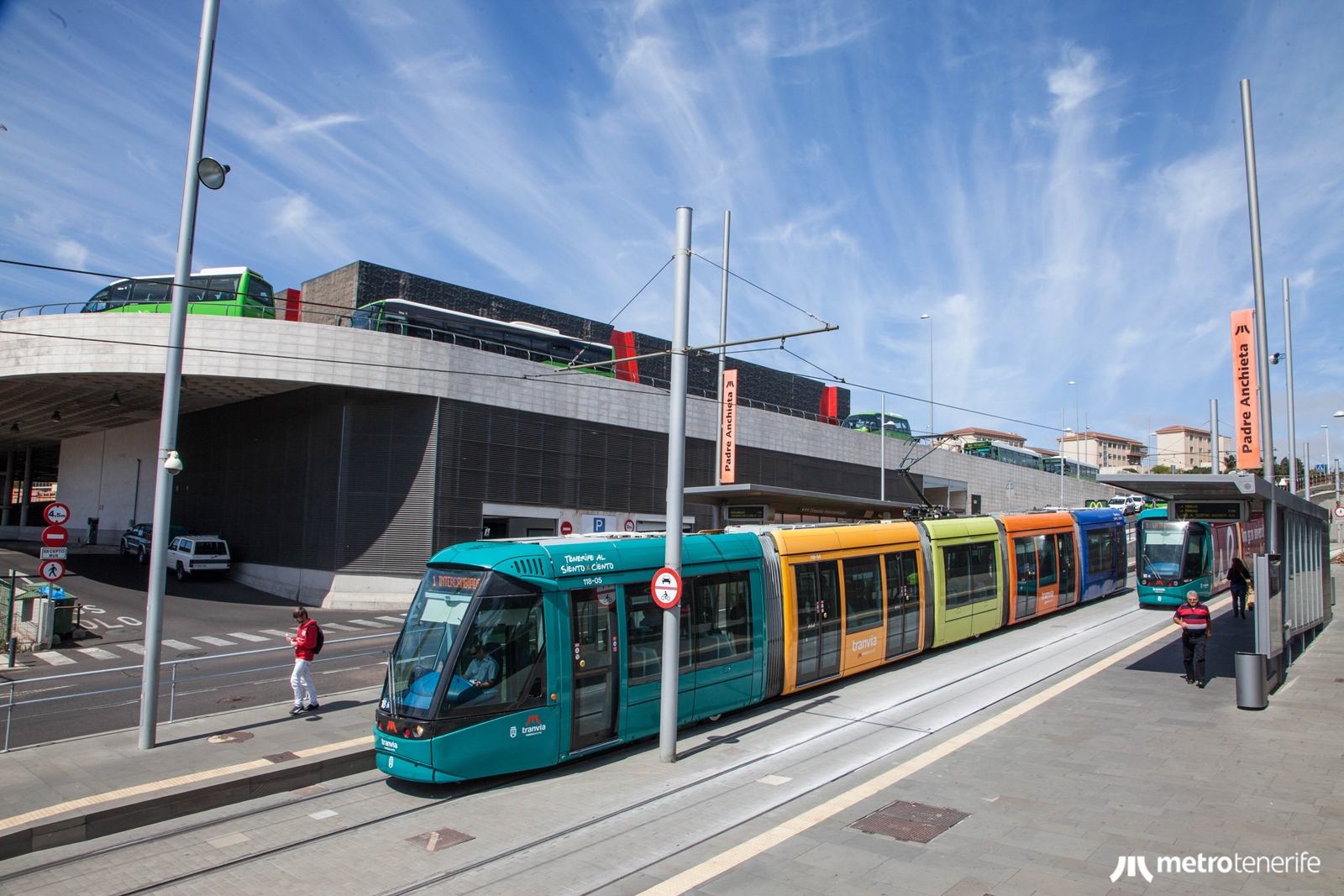 The Tenerife tramway, with two lines in service, links and communicates the main places of interest in the metropolitan area of the island, between the municipalities of Santa Cruz and La Laguna.

You can also travel by Guagua (bus) of the Titsa company, the number 014 or 015 (direct) buses being those that do the Santa Cruz/La Laguna/Santa Cruz route.

Los Rodeos - Tenerife Norte International Airport is located in the north of the island, in the municipality of La Laguna, approximately 10 kilometres from the island's capital, Santa Cruz de Tenerife.

This airport, one of Tenerife's two, is mainly used for inter-island and domestic flights, although several international flights also operate.

Every year, around 4 million passengers use this airport, which is accessed via the TF-5 motorway.

Tenerife Sur - Reina Sofía Airport is located in the municipality of Granadilla de Abona. From here, more than 150 airlines operate inter-island, national and international flights and almost 9 million passengers use its facilities every year, making it one of the busiest airports in Spain. Located just a few kilometres from the most important towns in the south of the island, the access road to the airport is the TF-1 motorway.